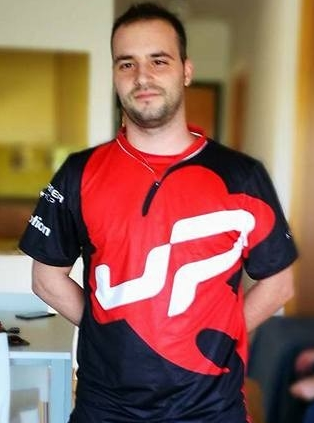 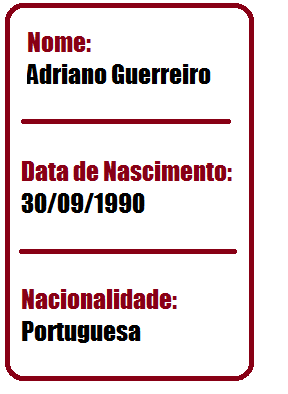 «Hello everyone, my name is Adriano Guerreiro, and in the eSports world I’m known as SKAZY. From an early age I started playing Sega Saturn (1998 if I recall correctly) and over time I was always “asking Santa Claus” for a new console so I could evolve my motor skills in the field of videogames. In 2002 I already had my computer, and started playing Jedi Academy. It was my first Online game and from there on my eSports passion and the will to become better started to show as I kept striving for staying ahead of other players whenever I joined a game. I’ve also played MoH: AA, FIFA games and so on, but the game that really caught my interest was without a doubt Call of Duty. I’ve started playing COD 1 with a few friends, just for fun, but as the time passed I evolved as a player and betwen 2005 and 2006 I became a more competitive COD player. I’ve played for several teams and organizations, including SAM, 5Quinas, Fuzileiros, EFE, Karma, Exotic, Grow uP Gaming, SKK and many others. In Call of Duty 2 I was in a team that was considered one of the best, and we also managed some accomplishments in the national scene. Internationally, I followed a close friend of mine called André ”REZET” Sanguinetti and saw in him what I wanted to become, at that time. He managed to get a contract with an European team, which was also something I’ve always wanted. I also owe much to my dear friend Ricardo ”Mowktos” Pacheco since he always stood by my side during the time I played Call of Duty, and was always part of my teams. Later on, when the national Call of Duty competitions ended in the Offline mode, I saw myself being “forced” to start playing CS, because it was the game that was gaining ground in the events and I, together with my team, decided to invest ourselves into CS. Later on, I emigrated to the Netherlands, and had little time left for eSports in a competitive level. I stayed distant from competitive play, but even so I never gave up from what I enjoyed the most. In 2015, Rocket League came out, and ever since then I’ve been focused 200% in this game. In addition to being a player, I am commanding Grow uP Gaming Association’s community and uPro teams.

Regarding my expectations for the future: I intend to stay in this house that welcomed me last year in a beautiful manner, and I intend to give it my all towards the best for this Association! Grow uP Gaming are an eSports organization with over 14 years of existence and my only regret is that I’ve only been here for one year! As far as Rocket League is concerned, I intend to help the new teams evolve and to give equal opportunities to every player to become not only great players, but also great people.

Without wanting to extend myself for much longer, I would like to extend my thanks once more to all those that helped me become a better person and fight for my goals in the gaming world, but also in a personal manner. I’m really proud of the house I represent and I want everyone else to share this feeling and to fight for the same goal as I do: to represent the Grow uP Association at the highest level!»

It became a popular console in Japan due to its successful marketing with the character Segata Sanshiro (which was created especially for the marketing of Sega Saturn), but he could not repeat the success in North America and Europe in front of its competitors, Playstation and Nintendo 64.

According to the article by the American magazine GamePro in July 2007, Saturn sold 9.5 million units. 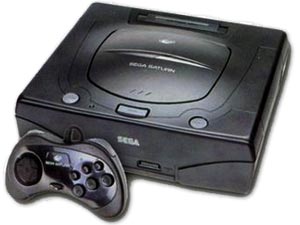 Star Wars Jedi Knight: Jedi Academy is a 2003 computer game based on the Star Wars movie trilogy. Ten years after the Battle of Endor, Luke Skywalker founds a Jedi Academy on planet Yavin 4. The player begins as a student who has achieved a spectacular feat: creating a Saber of Light without Jedi training. On the way to the academy, the player is killed by the armies of Ragnos and has to reach his destination together with Rosh. Soon after encountering the Sith, the player has the decision to follow the Black Side of the Force or not.

Call of Duty games are published and owned by Activision. While the studio Infinity Ward is still the main producer, Treyarch has also produced some titles where the story is interconnected between them. Some games have already been produced by Gray Matter Interactive, Nokia, Exakt Entertainment, Spark Unlimited, Amaze Entertainment, n-Space, Aspyr, Rebellion Developments, Ideaworks Game Studio, Sledgehammer Games and nStigate Games. The games use several engines including id Tech 3, Treyarch NGL and IW 5.0.

Other products in the series include figures created by Plan-B Toys, an Upper Deck Company card game, Mega Brands by Mega Brands and a comic book mini-series published by WildStorm Productions. In November 2015 Activision Blizzard announced a new division, Activision Blizzard Studios, focused on creating original movies and TV series including “a series of Call of Duty movies with the possibility of television adaptations.”

See you next week!

BE A PART OF OUR FAMILY
JOIN US

Grow uP eSports is a multinational organization with 15 years of experience using Esports as an innovative marketing strategy to help brands reach the millennial audience.

Copyright © 2002-2019 Grow uP eSports, all rights reserved.
powered by Virtualmente
Follow Us: